I made the soup on Wednesday while at my in-laws' house.  I had considered making it at home, as it holds well for several days in the refrigerator.  On the balance though, I thought it easier to make it down there and not have to figure out transporting an entire pot of soup.  I've done that before and it's not really much fun.  Besides, I was going down on Tuesday evening so I had all day Wednesday for this kind of thing.

Here's the recipe I use:

What I did bring from home was frozen vegetable stock and the already roasted squash, along with the other ingredients I needed.  Here's how the soup went together:

First off, I softened some apples, onions and sage in butter.  They were just sweated, not sauteed, I wasn't looking for caramelization.

Then the squash was added to the pot along with stock. 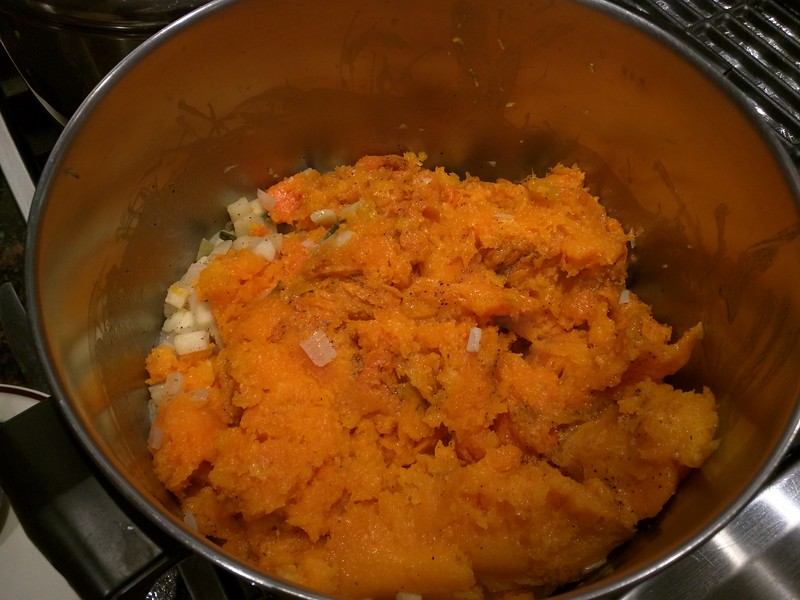 It was brought to a boil as we broke up the squash into smaller and smaller pieces. 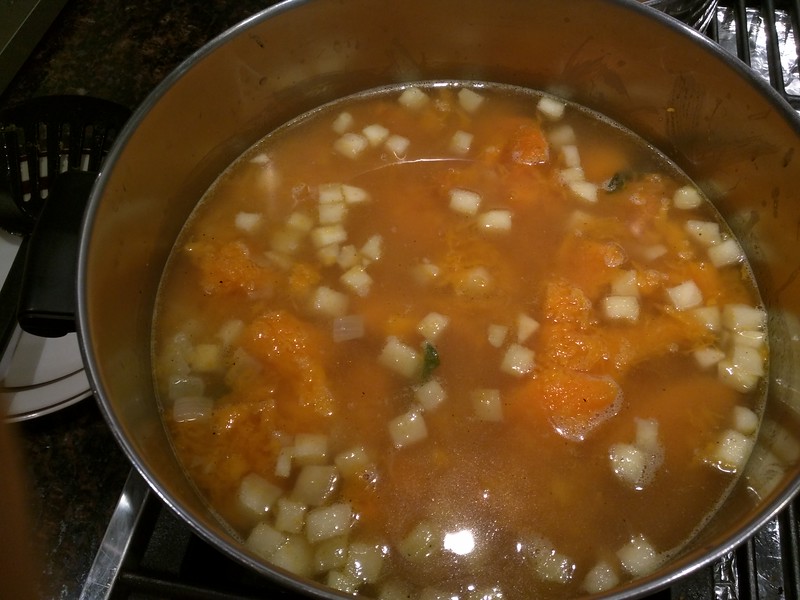 Then it simmered for about 15 or 20 minutes just to bring the flavors together. 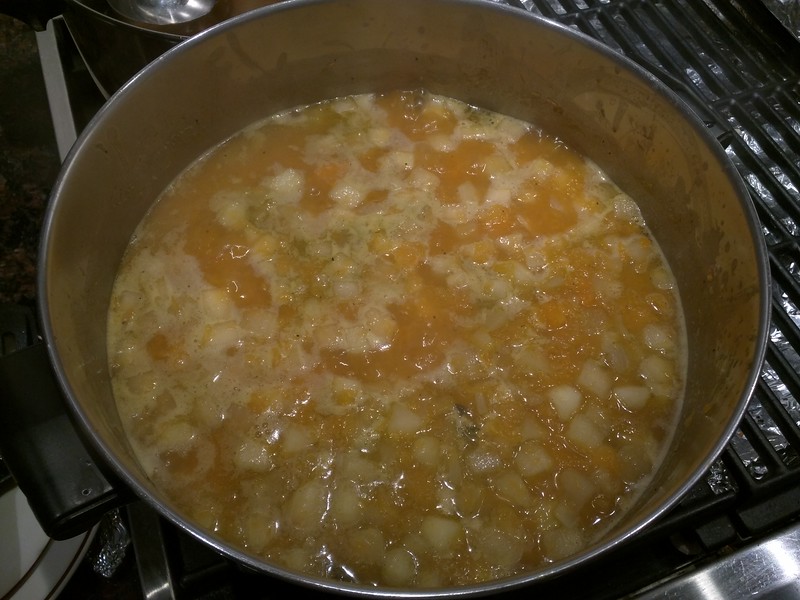 Finally, I added some heavy cream and  broke out my immersion blender to get the texture right.

And it's done.  One beautiful pot of soup ready to be a first course.  After cooling off it went into the refrigerator, and I reheated it for serving just beore dinner.